1. Name of the Company: The name of this Company shall be Kumari Coffee Udhyog Private Limited
2. Registered Office of the Company: The registered office of this Company shall be located at Nuwakot District, Kumari Development Committee, Ward no. 05.. The Company may open its branch office(s) contact offices, in any part of the country as it may be required, upon obtaining approval from the Office.
3. Definition: Unless otherwise required by subject or context, in these Articles:

5. Face Value of Shares: The face value of each share of this Company shall be Rs. 100.
6. Provision regarding Sale of Shares and Mortgage:

1. The Company may sell or mortgage shares on par with movable property.
2. In the event of a shareholder wishful of selling his or her entire shares, then the buyer of such shares shall have to notify the Registered Office of Company as per the Act, in writing, for striking down the registry of such shares.
3. In case of application furnished as above sub-rule (2) , the Company shall register the shares in its Registry book in the name of the applicant .
4. In case of buy and sales of shares according to sub-rule (2) above, the Office has to be notified within 15 days of such transaction.

Chapter- Three
General Assembly and Board of Directors

1. The accounts and finances of this Company shall be prepared in accordance to the finance standards set forth by the authorized agency in accordance with the prevailing laws.
2. The accounts to be maintained by the Company shall be kept in an updated and written version clearly showcasing its daily transactions.
3. The Company shall conduct audit of its finances in case there is a financial transaction in a fiscal year that exceeds the amount stipulated by the Act.
4 In case an audit has to be conducted pursuant to Sub rule (3), then the Company shall appoint the auditor as per the Act. Upon appointment as such, the Company shall send his or her name to the Office within 15 days.
5. The auditor appointed in pursuance to Sub rule (4) shall, certify the finances and accounts, balance sheet of the Company, profits and losses and cash liquidity flow statements, on the basis of audit, and shall duly submit the audit report to the Company and Office by addressing the appointing official.

13. Company Secretary: If the company is a company, appointing company secretary, tenure, terms and reference and power and functions of such company secretary: No provision of Company Secretary has been made as of now.
14. Company’s Seal: There shall be a separate seal of the Company which shall be in the custody of chairperson of company..
15. Provision Regarding Merger of Company:

1. Any Company may merge with this Company.
2. In case of merger of any company into this Company, the approval of Office has to be garnered.

16. Liquidation of the Company:

1. In case of voluntary liquidation, the shareholder shall make a decision to that effect and shall submit the required documents within 7 days as per the Act, before the Office.
2. While deciding to liquidate the Company according to Sub rule (1), one or more than one liquidator and auditor shall be appointed for the purpose of liquidation. The remuneration of such liquidator or auditor appointed as such shall be as prescribed by the shareholder.
3. The liquidator and auditor appointed as per Sub Rule 2 shall perform the functions of liquidation of Company.

17. In case there is provision in prevailing laws specifically requiring the Companies dealing with any exclusive business to disclose in its Articles, those matters: None
18. Other Necessary Matters:

1. The fiscal year of Company shall be from Mid-July to Mid –July every year.
2. The liability of the shareholder as regards the business of this Company shall be limited to the maximum amount of shares already subscribed or pledged by him or her for subscription.
3. Post the incorporation, it shall be deemed as the Company possessing a separate legal personality, perpetual succession, and independent existence.
4. The Company may shift its registered office, open or close its branch offices by obtaining approval as required.

19. Condition for the Enforcement of Amendment to the Articles: In case the Company is required to amend these articles, such amendment shall come into effect only upon a decision to this effect is reached by the shareholder and after such proposal is duly documented by the Office.
20. The Articles to be Void up to the Extent of Inconsistency: If these articles conflict with the Act and other prevailing laws, then such articles shall be void to the extent of such inconsistency.
21. The Number of Shares the Promoter(s) have Pledged to Subscribe Immediately: I, the promoter of Kumari Coffee Udhog Private Limited “. have pledged to incorporate and run the Company as per the prevailing Laws. The whole matters contained in these Articles of Association including my name, address, signature, number of shares that I have pledged to subscribe and matters relating to witness are true and correct. I have consented to bear the liabilities to be created after the incorporation of the Company on the basis of the above stated matters. I further promise to bear punishment under the prevalent laws in case of finding the declaration to be false and accordingly I have made this announcement.

Kumari Coffee Industry Pvt. Ltd. is a community based industry established in 2016 by a team of social entrepreneurs with a motto of uplifting living status of rural community through systematic production and promotion of organic coffee farming. It is registered in the Office of Company Register, Tripureshor, Kathmandu, Nepal. 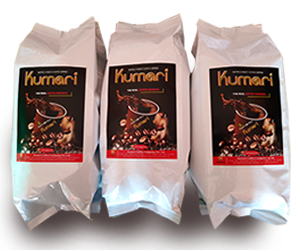